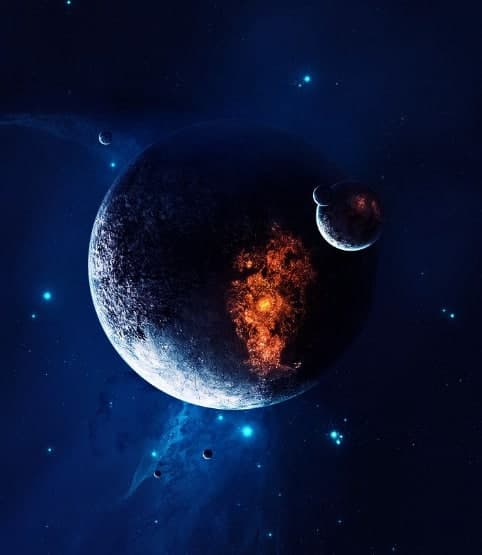 Wars between the competing Lords of Terra have always ravaged our Galaxy. But since the destruction of the Sol system, the Galactic Federation of Planets (GFP) was established to maintain peace and prosperity in the galaxy, which it has been doing for nearly two hundred Sols. This order is kept through bureucracy, religious propaganda, technology hoarding, careful appeasement of planetary leaders, and occasional persecution of dissidents. The results speak for themselves – none but of the longest-living species are alive to remember the last war, and trade is booming in the central systems.

However, even the long arm of the GFP has a limit to its reach. At the edges of the known galaxy, over unexplored ruins of forgotten civilizations, lives a variety of outlaws, mystics, heretics, political dissidents, and native species. The tropical aquatic planet of Fyodor XI, for its proximity to the centrewards interstellar routes, is the beating heart of this frontier.

On this planet is the city of docks, named Liveard, a meeting place for all kinds of scoundrels, smugglers and crime-doers, but also seat of the only GFP Commissariat in Sector 553. Construction is not dense, and the city sprawls horizontally, suspended between water and reclaimed land on various wooden docks and stilts. People move around using boats, or fast personal aquatic vehicles called water lances. Everywhere, a stark aesthetic contrast can be felt between high-tech construction and the oppressive overgrowth of nature. Due to the shifting magnetic field, it’s easy to get lost in Liveard, and finding oneself in the wrong area might become a dangerous affair – entire sections of the city are de facto not subject to federal law, instead falling under control of various factions.

In the city outskirts, popular drinking hole The Luring Glaatu is one of the most successful enterprises of Liveard, pride of the landlady Seres. Initially a popular vice den, it has recently pivoted to cover a more wealthy and refined clientele, looking for privacy to conduct shady deals. During some of the expansion works, Seres’s lackeys have dislodged from the seafloor an ancient craft, belonging to a long-lost civilization. Discoveries of precursor tecnology such as this tend to have immesurable value, and often lead to giant leaps forward in science and technology and extraction of rare materials from their decommission.

These news have aroused extensive attention. Many are interested in acquiring the craft, but Seres is hesitating on selecting a buyer, and the ship is floating on the open sea, difficult to transport to a safe location. Envoys from the GFP and the Reborn Order of Pythagoras have both visited Seres, and other concealed eyes remain watching …

The Luring Glaatu and its Patrons

A Glaatu is a native word for a siren-like creature that hypnotizes mariners, drawing them to their doom. As the Glaatu does, so Seres draws the scum of the city into procuring the saloon’s services. 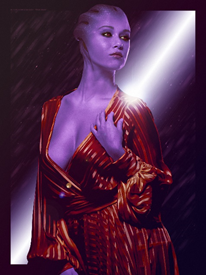 Seres Hlul is the landlady, of the native Iglab species. Grown on the docks as an orphan, she applied her considerable smarts and slowly created a small criminal enterprise, growing her business with each success. She commands a band of lackeys that follow her orders, doing jobs for her, protecting her assets, and enforcing rules in her territory. She is shrewd, logical, and ruthless when necessary. 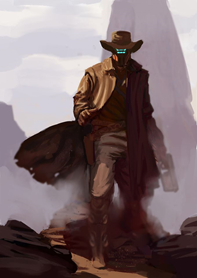 Adam Ford (HK-AF) is a mercenary android of the “Hunter-Killer” line, one of the oldest regular patrons of the Luring Glaatu, profusely using its prostitution services. The courtesans love his business, since he lacks the necessary parts and therefore keeping him company is all that is necessary to satisfy him. He is distant but friendly to the other patrons and never creates unnecessary problems. He is extremely professional and effective, his entire body being designed for killing. 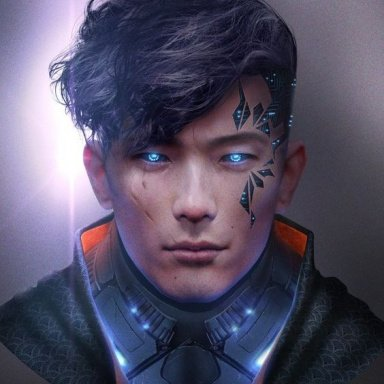 Jake is the bartender. An android shaped like an extremely beautiful Terran, he was built as a one-of-a-kind model, probably as a pleasure bot. Seres acquired him from the original owner, but soon discovered his skill at conversation was better than his designed function, assigning him as a bartender to entertain the guests. He has a very sunny and magnetic personality and seems to always know how to make one feel better. 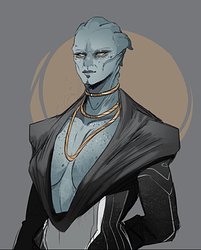 Screenshot_3660×820 351 KB
Graff Berul is another native, childhood friend of Seres. Despite not being able to afford the tavern, he frequents the inn at the landlady’s generosity, in exchange for leading Seres’s lackeys as her second-in-command. He is known for his extravagant fashion, narcissism, promiscuity, and artistic pursuits. He is rumored to be in contact with the Iglab Liberation Front, but dismisses it as hearsay. 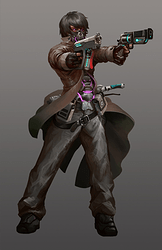 Pasted image 20220829002943332×510 142 KB
Kim “Flyer”, known mostly by her nickname, is a genetically modified and augmented waterlance pilot, and participates in numerous illegal races, being considered one of the best pilots in Liveard. When not racing, she gets hired by criminal enterprises in need of her skills and reflexes. She doesn’t engage in vice, but frequents the inn for business, and to brag about her victories. She is known to hate her home planet and is looking to earn enough money to leave.

While the sector is entirely under their jurisdiction, they don’t have the resources to maintain its control, preferring to more efficiently deal with local kingpins and chieftains and allow them freedom to operate. However, a recent delivery of new-gen FNBN androids might enable the GFP to expand their influence.

image236×511 80.6 KB
Current GFP Commissar Ty Gibson is an unremarkable but competent administrator, and knows how to deal with scoundrels, accepting bribes or exchanging favors when necessary. Her main concern at the moment is the capture of the Iglab Liberation Front leaders.

The ROP is a secretive faction of engineer-priests with apparently unlimited bankroll, dealing in artifacts, knowledge and technology to monopolize and control their use, lending their services to third parties for a fee. The GFP is their primary client and partially dependent on them for their operations, but they sometimes have contrasting goals – however this has never broken into open conflict. 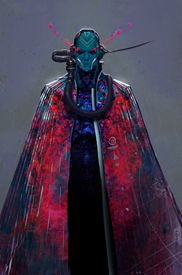 On Fyodor XI, they are led by Grand Arc Roedelkik, a high-ranked mystic with a reputation of being callous and very powerful. He is heavily augmented with cybernetics, which amplify his already considerable mental capacity allowing him to produce formidable psycho-kinetic effects.

Cult of the Eternal

Androids are not considered people in the GFP, but this monotheistic cult thinks otherwise. Followers of the Eternal are few and far between in the central systems, where the majority religion is the cult of the Empress, the ceremonial monarch of the GFP. On Fyodor XI, the Cult of the Eternal is more widespread, especially among the less fortunate. 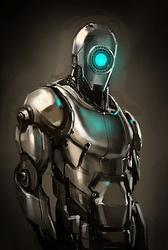 android2379×563 175 KB
In Liveard, the local flock of mixed constructed and biological lifeforms is led by pastor 36-42, a former worker bot who escaped his owners in the central systems. He is extremely soft-spoken, knowledgeable on almost any subject, and always willing to help the needy.

No-one presently dislikes the GFP more than the native Iglabs, an aquatic species native to Fyodor XI before its colonization. The more dispossessed Iglabs are radicalized into the ILF, an organization with the goal of removing the GFP and restoring an Iglab-led government. However, they struggle to find allies among the criminal factions, and having their terrorist plots made numerous innocent victims, they don’t have the backing of the general population.